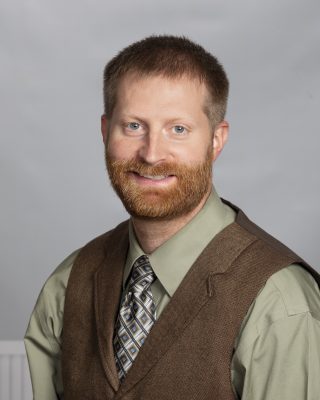 Mr. Michael Bucy teaches chemistry and 7th and 8th grade P.E. He also coaches our high school girls volleyball team and our middle school boys basketball. He has a Bachelor of Science in Chemistry from Virginia Tech and Masters in Christian Education from Southern Baptist Theological Seminary.

In his free time, he enjoys playing competitive sports, including volleyball, golf and disc golf.

Mr. Bucy says he is inspired by the second chapter of Ephesians.

And you were dead in your trespasses and sins, in which you formerly walked according to the course of this world, according to the prince of the power of the air, of the spirit that is now working in the sons of disobedience. Among them we too all formerly lived in the lusts of our flesh, indulging the desires of the flesh and of the mind, and were by nature children of wrath, even as the rest. But God, being rich in mercy, because of His great love with which He loved us, even when we were dead in our transgressions, made us alive together with Christ (by grace you have been saved), and raised us up with Him, and seated us with Him in the heavenly places in Christ Jesus, so that in the ages to come He might show the surpassing riches of His grace in kindness toward us in Christ Jesus. For by grace you have been saved through faith; and that not of yourselves, it is the gift of God; not as a result of works, so that no one may boast. For we are His workmanship, created in Christ Jesus for good works, which God prepared beforehand so that we would walk in them. (Ephesians 2:1-10 NASB)

In the classroom, Mr. Bucy enjoys sharing his love of chemistry with a hands-on, experiment-driven approach. He says he is excited by the Trivium method of classical education, which directly compliments the stages of student development.

“I love getting to know the students and being a small part of their growth and development into the men and women God is calling them to be,” he says.