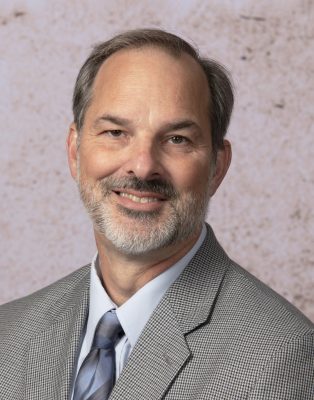 He was born and raised in Wichita. He and his wife, Lisa, have three children — Melissa, Kristi and David.

Mr. Neas spends his spare time volunteering at the church and the Sedgwick County Juvenile Detention Facility. He also enjoys staying active and learning new things. Over the years, he has taught himself to play the piano and guitar, read Greek, sail, do woodwork and even to do the electrical and plumbing for his basement finish.

He has come to love classical education. When reflecting on Dorothy L. Sayers essay “The Lost Tools of Learning,” Mr. Neas writes, “The second part of the Trivium would be characterized by Formal Logic. The author suggests a practical utility lies ‘not so much in the establishment of positive conclusions as in the prompt detection and exposure of invalid inference.’ Students in my classes are required to write scientific papers using carefully constructed sentences and to systematically proceed from hypothesis to facts to conclusions with an honest assessment of any bias or uncontrolled variables. Indeed, the student must be modest in the use of the term proof, as his work will only yield support for the hypothesis or a decision to reject it – offering nothing in its place. This discipline in science stands in stark contrast to the reckless ‘scientific’ pronouncements so often printed in the paper and magazines.”