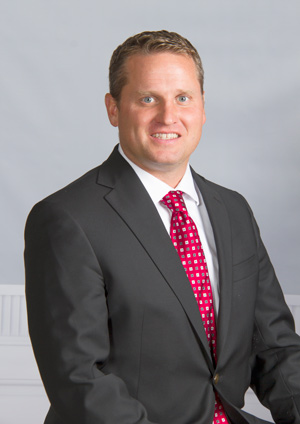 Mr. Justin Kenas is one of the founders of CSW, and teaches in the Logic and Rhetoric school. In addition to his teaching responsibilities, Mr. Kenas also coaches CSW high school boys’ soccer and assists with high school basketball teams.

Prior to moving to Wichita, Mr. Kenas taught Jr. High Bible classes at Scottsdale Christian Academy in Scottsdale, Arizona (1999-2001), was a teacher’s assistant in Greek New Testament at Midwestern Baptist Theological Seminary in Kansas City, Missouri (1998-99), and served as a paraprofessional in middle schools in Hillsboro and Newton, Kansas (1995-96). Mr. Kenas also coached soccer and basketball at Hillsboro High School and Tabor College in Kansas.

Mr. Kenas received his Bachelor of Arts in Biblical and Religious Studies at Tabor College in Hillsboro, Kansas, in 1994 and a Master of Divinity from Midwestern Baptist Theological Seminary in 1999, where his Greek professor brought Scripture to life by steeping his students in the Greco-Roman culture, which so greatly impacted New Testament events. Additionally, Mr. Kenas completed enrichment classes in Greek and Hebrew at Phoenix Seminary in Scottsdale, Arizona (1999-2001), followed by enrichment classes in classical Greek and Latin at Wichita State University (2001-03).

He and his wife, Dr. Kimberly Dyan Kenas, have three children: Will, Olivia and Lauren, who are all students at CSW. They attend Sterling Reformed Presbyterian Church.

The following quote by C.S. Lewis is a favorite of Mr. Kenas:

“It has always therefore been one of my endeavors as a teacher to persuade the young that firsthand knowledge is not only more worth acquiring than secondhand knowledge, but is usually much easier and more delightful to acquire.”